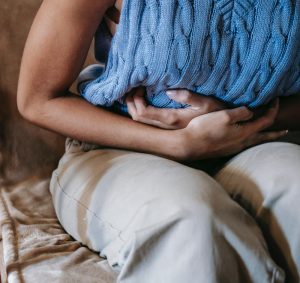 I was very sporty and energetic child and teenager pre my condition. I didn’t start menstruating until after I was 16 years old, which was probably a bad sign in itself. Soon after, my life started to go downhill. I suffered with terrible shoulder pain and total exhaustion all the time with trouble sleeping. I didn’t have the energy to do any sport anymore. I completely lost my sex drive, which has never come back and causes a lot of problems in my marriage still to this day. I spent thousands of euros going to doctors, physios and consultants, trying to find out what was wrong with me.

At the age of 30, we decided to try and have a baby, but unfortunately we had no joy. I went to a couple of fertility places and spent huge sums of money on tests – finding out all my hormones and cortisol were way off the charts – endocrinologists, and MRIs to ensure I didn’t have a tumour, etc. Every test basically concluded that nothing was what it should be.

I had a laparoscopy in 2013 (when I was 34) and was diagnosed with stage IV endometriosis. I had an endometrioma on my right ovary which was removed. Unfortunately, there are not many surgeons in Ireland that are specialist enough in this area. I did not know this at the time and assumed that they were all well capable, but I was back under the knife again in 2015 where extensive endo was removed. I was lucky to go on and have a baby through IVF, more thousands of euros later.

Unfortunately, the only surgeon that was good enough to treat my endo left Ireland because he was exhausted fighting with the healthcare companies in Ireland – they kept arguing and not recognising that endometriosis was a real condition and therefore trying not to cover it.

I would love to have another child but unfortunately, I don’t see it happening again without more surgery, and I’m not in a position to travel to a country that recognises the disease. As a woman I feel constantly let down by this country.