I can vividly remember the first time I got my pain. In November 2016, I was in my boyfriend’s house when I got an intense ache in my lower abdomen. It was like nothing I had ever experienced before. Having suffered badly with period pain before going on the pill, I was well used to bad cramps, but this was a whole new level of sore. At first I ignored it, but the pain worsened so much that I just had to lie down with a hot water bottle and grin and bear it. Little did I know, this would be a frequent occurrence over the next six months. 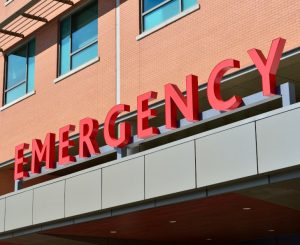 Eventually the pain got to the point where I knew something was wrong and I needed to see the doctor. My GP said the pain sounded like a functional ovarian cyst but that an ultrasound was needed to be certain. The results of my ultrasound showed I had a 9cm cyst on my left ovary (basically the size of a grapefruit) and a 3cm cyst on my right ovary; however, as this additional cyst was not causing me any pain and was small in size, it was not of concern. I was referred to a consultant who very bluntly told me I had endometriosis and at the time I didn’t really understand what the implications of this disease were.

To cut a very long story short, in May 2017, after an 11 hour wait, I was admitted through A&E to be seen about my cysts. A junior doctor came to see me the next day and explained that cysts due to endometriosis are generally really sticky and hard to remove so I didn’t need emergency surgery, as I wasn’t at risk of the cyst flipping and cutting off the blood supply to my ovary. She then spoke about possibly sending me home with pain management and putting me on a waiting list to get the cyst removed.

I am not an outwardly emotional person, but it was at this point that I burst into tears. After months of taking strong painkillers morning,
noon and night, I was at my wits’ end. I very luckily got an empathetic and understanding consultant, who assured me I wouldn’t be sent home until I had my surgery.

It transpires that despite being caused by endometriosis, my cyst was free-moving. Although this made it easier to remove, it also meant that I could have been at risk of it twisting around my ovary and cutting off the blood supply, meaning that the ovary would then wither and die. Additionally, my cyst had begun to leak since my last ultra sound. This complicated the procedure and I lost a lot of blood during surgery. Thankfully I had very skilled surgeons who gained control of the bleeding and managed to stop the hemorrhaging. If they hadn’t, I would have lost my left ovary.

After my operation, my quality of life improved exponentially. I was told I would need follow-up surgery to remove the traces of endometriosis on my right side; however, this would be an elective surgery. While I can’t speak highly enough of the hospital staff that I encountered (surgeons, nurses and all staff alike), I could already see myself slipping down their list of priorities once I was not in immediate need of attention.

In May 2018, I received a call to say that I would be called for my surgery soon. As a result of a clerical error I was not taken off the wait list, demonstrating that if I had not been admitted through A&E I would’ve been waiting at least a year for my surgery – therefore jeopardizing my physical health, mental health and fertility.

I am fortunate in that I was diagnosed extremely quickly in comparison to other women who suffer with the condition, and at the age of 23, which allowed me to undertake hormone treatment to try to suppress my endometriosis symptoms and preserve my fertility. A family friend of mine who also suffers with endometriosis encouraged me to get an AMH test to check my ovarian reserve as it was likely damaged from the heat of the surgical tools during my operation, and that I may need to consider freezing my eggs if my egg count is low – something that was not mentioned to me by any of medical practitioners.

I am only one of the thousands of women across the country who have to bear the consequences of the country’s failure to address the resourcing of gynaecological illnesses. I don’t know what my endometriosis will hold in store for my future. I do know, however, that the current ‘resources’ for gynaecological issues in Ireland are simply unacceptable.